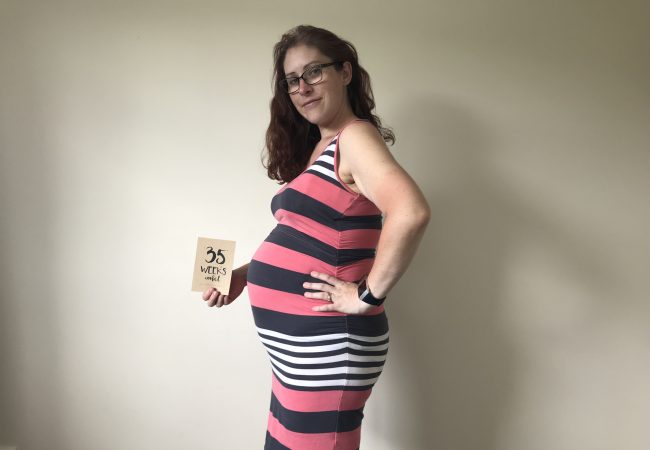 This week of my pregnancy was going to be the last one at work! I have really started to look forward to finishing work because the daily grind since being about 30 weeks pregnant was just getting hard. The week didn’t seem too busy but of course it flew by and actually quite a lot happened! This week the baby is the size of a coconut (I’m guessing with the husk on) and gosh I’ve felt it.

We started this week off going to visit my grandmother and some family friends that are over in NZ. In the afternoon we came home, I chilled out for a while and then got all of my meal prep and everything done that I needed to for the coming week. It was the last time I had to prep lunches for myself for the week! I didn’t pick it early in the week but it was one to be filled with lasts, especially when it came to work.

On Monday I headed along to see the obstetrician and see how things were going. I saw a different one to the last time but the appointment went really well. She was pleased that my placenta is now properly behaving itself and isn’t concerned by it at all. She was also happy to see that while my baby is small, she has settled on a growth line and hadn’t continued to keep falling down the chart, which is good.

When she used the Doppler to listen to the baby’s heartrate it dipped a little bit. It shouldn’t do that, so she got me on the CTG machine so she could monitor the baby for a bit. The baby was fine, to the point where we struggled to get a baseline because she wouldn’t sit still for long enough and was trying to kick the monitors off! Her heartrate had probably dipped because of me lying on my back so since all was well I was off on my way.

I had my leaving lunch with my team and a few extras on Wednesday. It has been a really bittersweet week for me. With my first son I was so happy to be getting out of work for a while and planned on staying home with him for as long as I could. I ended up lasting nearly two years, my bariatric surgery delayed things a bit, but this time I know the stay at home mum thing isn’t my jam. I am really going to miss my job while I’m away. I enjoy the work and my role, the company I work for is awesome and yeah, I know I’m going to miss it. Only 13 months and I’ll be back right!

On my last day my team surprised me with a baby shower (that I had specifically said not to bother with!) during our usual morning meeting. They gave me some beautiful gifts, a card and they had even made a cake for morning tea. I spent a lot of the day sorting stuff out and getting everything ready for me to not be there for ages so didn’t get much work done. I got my husband to be on school pickup duty and made sure I stayed for drinks after work which was nice for a change.

Then on Saturday, and since it was finally December, we went and got our Christmas tree. I had been wanting to get it up as early as possible so that if I do go into labour we at least have the tree sorted. We got a much smaller one than usual (I usually go completely overboard and it’s an absolute mission getting it in the house and up) and it was so much easier getting it home and decorated. We had some friends over for dinner and had a really lovely time. I am making sure I enjoy the ease of doing things like that with only a five-year old to worry about because once the baby is here it will all get a bit more difficult there for a while.

How big is the peanut? About the size of a coconut. Woah.

Total weight gain/loss? This week I went up a kilo after a month or so of staying relatively the same.

Sleep? Has been hit and miss. Some nights great, others suck.

Best moment this week? Seeing the obstetrician and having everything settle down a bit.

Labour signs? On Friday night I was really uncomfortable, even lying down and was getting some funny pains in my tummy. We thought it could be something but maybe it’s just the general uncomfortableness that comes with being eight months pregnant and my body getting things ready.

What I miss? So much at this point. Hummus, ham, wine and so much more.

What I’m looking forward to? Having my first week of leave next week! 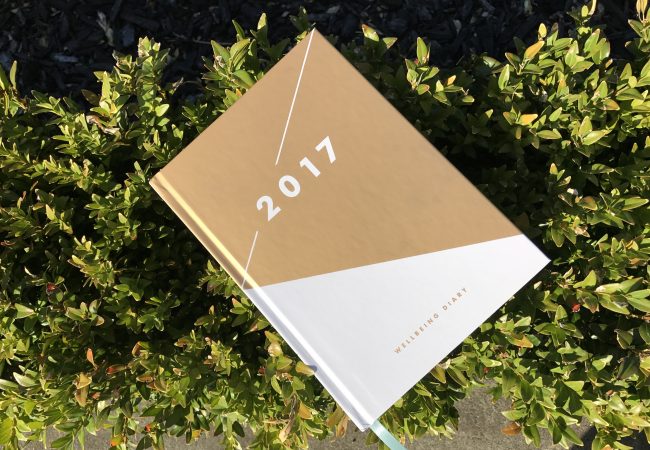 This year I’m keeping a wellbeing diary!
Wellbeing diaries and journaling was not really something I had… 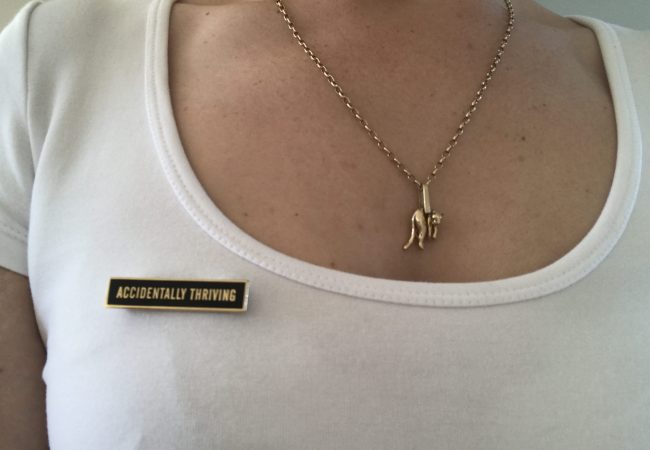 One of the strangest WLS NSV’s!
There are so many benefits to having weight loss surgery.… 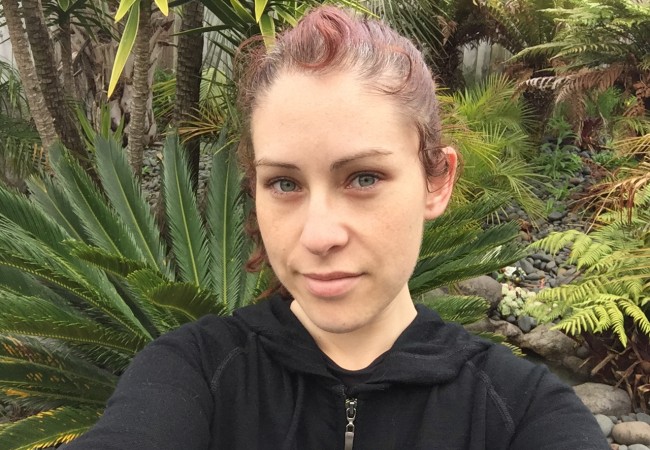 So you’re still skinny then?
You know when things change and you suddenly realise you’ve…