If you haven’t been following me on one of my social media accounts (Links from the buttons up there to the right) you may not be aware that I recently went to London for three weeks. Because we have a three-year old and wanting the pain of getting through two 12 hour flights in a row as quick as possible we went straight through without a big stopover which meant I was going to be mainly reliant on plane food for 26 or so hours. Travel is something many of us worry about after weight loss surgery so I wanted to share how I got through it.

I was a bit dubious how suitable the plane food would be for me because after my gastric bypass with my protein needs, food textural needs and being a little bit picky (and intolerant to carrots) I wasn’t sure how well it was going to go. As you know I always like to make sure I’m prepared for anything so I took enough protein bars and Optifast protein shakes in my carry on luggage to make sure I could get through a couple of days solely on those if I had to.

On the way there the first meal was dinner and it was a really nice bit of salmon which went down well. Then for breakfast I was given an egg white omelette and it was really not nice and I couldn’t actually eat much of it, I ended up with a protein bar. Then on the second flight the dinner was some sort of chicken but it was a bit too dry for me and I had to stop eating it after a few mouthfuls because it was not going down too well and I could tell I was going to have issues if I kept eating it.

Just as well I took my protein bars on that first flight because I ended up eating a couple of them just to make sure I got enough protein in. There was another meal and a few snacks given to us on the way there but I didn’t note everything down and I forgot what they were. Needless to say because I can’t remember what they were I don’t think I ate much of them and they can’t have been that great. Oh the joy and distraction it brings travelling with a three-year old!

On the way back it was essentially more of the same. The one nice meal that I got that I could eat was fish in a sauce (pictured below), the breakfast was an egg white omelette (main post picture) and there were lots of snacks that weren’t suitable for me (not that I snack generally anyway). It was the first time I had travelled by plane since my surgery and I found it really weird that I still couldn’t finish the meal portions I was given. I used to think plane meals were so small and not really enough so to see that shift was really cool.

The next time I fly I don’t think I’m going to request diabetic meals and there are a few reasons why. They ALL had fruit with them. I agree this is great if you’re diabetic but for me, not so much. Also the meals tended to be quite carb focussed. One of the breakfasts was potato and mushroom so no protein and I didn’t eat any of it. They had a bread roll every time and being so carb heavy it really reduced the small amount of the meal I could eat even further.

I had no choice in what meal I received. Having requested a diabetic meal they bring it out before all of the normal meals are served. At least with a normal one I would have had a choice between two different things and could have picked what I thought sounded more suitable.

I’m so glad I packed protein bars and shakes because I ended up heavily relying on them because the plane food wasn’t terribly suitable for my specific needs. It would be great to see an airline introduce a bariatric option for meals since bariatric surgery is getting more and more common and hey guess what we fit in the seats much easier now so air travel is suddenly more appealing! Even if they had a protein bar as an option in the snack selection I’m sure it would please lots of people.

It was an interesting experience and I really learnt lots for the next time I’m travelling with my teeny tiny tummy. Have you travelled since having a gastric bypass or other bariatric surgery? Did you request a special meal type on the flight and was it more suitable than the diabetic option I chose? Comment below and let me know.

Pre-Op worries: Randomly being sick
Making the decision to have bariatric surgery was one of…

Why Even Consider Weight Loss Surgery?
It has just occurred to me that I've posted this… 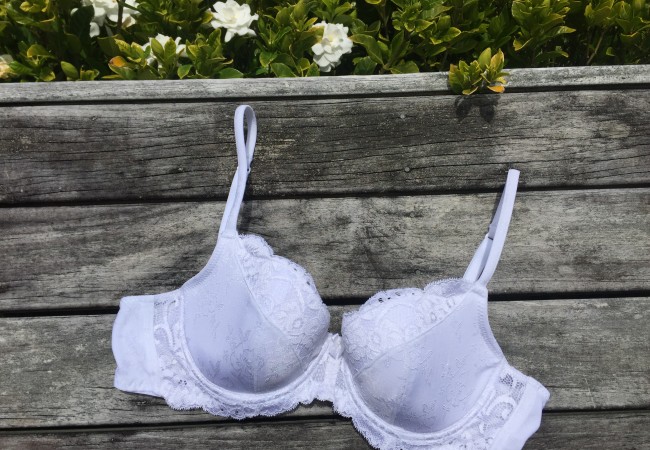 Accepting changes you don’t want: Post bariatric boobs
Enormous physical changes are part and parcel of going through…
There are 2 comments for this article