Welcome to my blog! I’m a 28 year old from Auckland, New Zealand now living life as a post-op gastric bypass patient just over a year out from my surgery. I started this ride weighing in at 132.2 kg and dreamed of getting down to my goal weight of 65 kgs. Through the help of bariatric surgery I have surpassed my goal weight and have done far better than I ever imagined I would.

People assume that gastric bypass surgery is the easy or cheats way out but it is far from a silver bullet to end all of your weight problems. It is merely a tool to enable fast initial weight loss through malnutrition and malabsorption. Eventually, after about a year post-op these parts of the tool don’t function as amazingly as they did immediately post-op and now it’s down to me to maintain this incredible weight loss of 70 kgs.

At the moment my weight is bouncing around between about 62 and 64 kgs and I’m now embarking on the road of maintaining my weight loss and making this a permanent change for life. The idea of this blog is that it is going to be a post-op gastric bypass lifestyle blog showing the lifestyle which is brand new to me, that it takes to continue the success of having lost so much weight and maintaining this new healthy weight. I feel I have some awesome pieces of advice and since I tend to reallllly think about things it has led to some pretty big realizations along the way. It got me thinking that maybe these could be helpful to other post-op bariatric people and that it would be great to share knowledge.

There is seemingly endless information online about the surgeries and the stages you go through in the first year or so post-op but not so much when it comes to strategies and maintenance on a longer term scale. Lots of the information online about bariatric life is American based (which is greatly different to what’s the norm in NZ) or is generated by the clinics offering the surgery. My goal, through this blog, is to give a real life narration to what life post-op is really like and how to maximise the tool I have been given.

My head is brimming with ideas but I’m going post things like recipes, some of the head and emotional issues that you encounter, protein, protein and more protein in relation to all things food, product reviews and also realizations and things I have learnt along the way about myself, my body and gastric bypass surgery.

If you are thinking of having or have had some sort of bariatric surgery why not leave me a message below and introduce yourself to me, I would love to get to know you and what topics you would be interested in hearing from me on in the future! 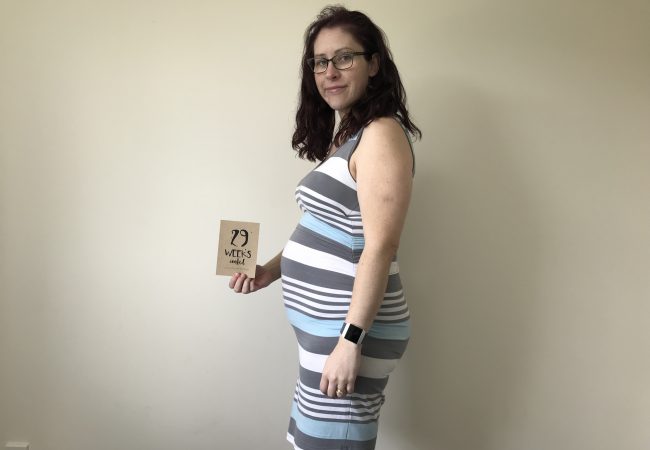 Pregnancy after bypass: Week 29 pregnancy diary
My countdown of weeks left at work officially started this…