When I saw that Quest had started making protein chips I tried not to get too excited. I’m always a bit dubious about normal things being made into ‘protein’ versions and with chips I wasn’t really expecting much I have to say. I decided to put myself on the line for you guys and I dutifully tried them out.

Online you can really only buy boxes of 12 of a single flavour but I found some supplement stores like NZ Muscle and Body Pro Supplements who sell them individually in their physical stores. To start with I got one of each of the four flavours that NZ Muscle had on hand They were Sour Cream and Onion, BBQ, Cheddar and Sour Cream and Salt and Vinegar.

The texture of these chips is more kind of like a kind of really thin water cracker which they make into funky shapes. On a continium of cracker to chip texture I would definitely place these more towards the cracker end but it’s not hard to think of them as a chip. They are quite light and crunchy so texturally were enjoyable to eat.

The flavours were quite good. I thought the salt and vinegar could do with a bit more flavouring but the flavour, lacking as it was, was actually quite nice. The BBQ is in my top two for flavour and it had a great amount of flavouring and tasted really good. The sour cream and chives was about what I expected and was nice enough. The Cheddar and Sour Cream was my favourite flavour and I really enjoyed it. It’s a weird flavour combo when you think about it but it works and is really good.

Nutritionally they stack up okay. I was worried these would have a high amount of carbs in them but they don’t. All of these four flavours have 21 grams of protein per serving (one bag). There are only 5 grams of carbs and 2 grams of fat per bag too. I limit myself to one bag a week at the most and tend to have it as a meal instead of a snack.

This is the nutritional panel from the BBQ flavour. The values were pretty much identical for each flavour.

What I do like about Quest Nutrition Protein Chips is that they are a really good, nice and high protein option for those times when you want a quick easy meal. Also if you have a social situation where you want to be able to join in and not have to watch everyone from the sidelines with yummy snacks these are a really good option to take along and have as an alternative. I’ve taken these to Friday drinks at work where everyone else has been having snacks and I’ve wanted to join in too without eating the usual high calorie snacks that are put out for everyone.

I’ve seen these anywhere between $5 and $6.50 for a single bag so they aren’t particularly cheap. They are about the same price as a protein bar and have about the same protein content so in that respect they aren’t outrageously priced. In terms of an out of five star rating I’d give these four stars. They are yummy, packed full of protein and while not cheap aren’t hugely expensive either.

Have you tried Quest Nutrition’s Protein Chips? What’s your favourite flavour? Comment below and let me know.

Melissa does: A session with a personal trainer
I’m going to start a little series off called Melissa…

Goal weight and how to pick one
How did I pick a goal weight? I found after… 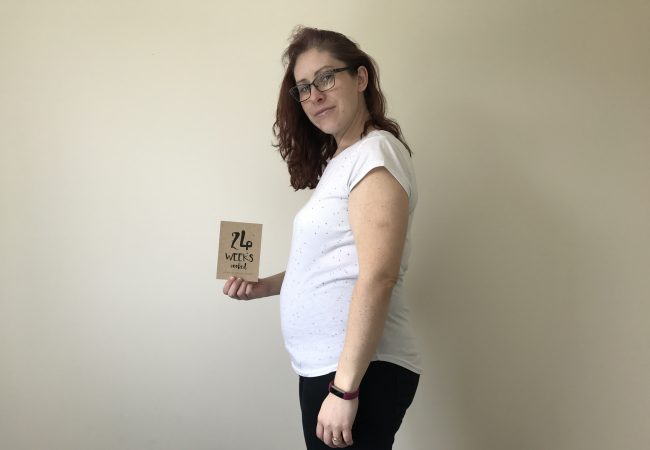 Pregnancy after bypass: Week 24 pregnancy diary
Week 24 of my pregnancy was busy, life has not…
There are 4 comments for this article